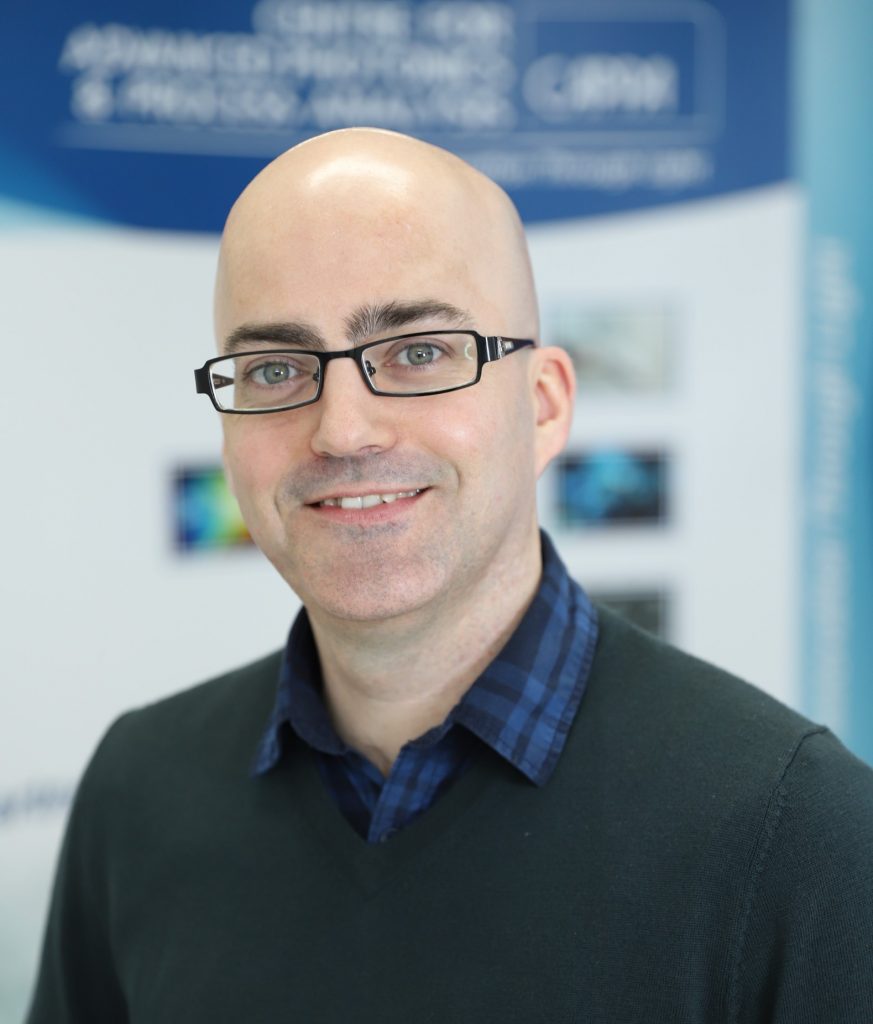 David Williams received a first class honours B.Sc. degree in Physics & Mathematics from University College Cork in 2002, and his Ph.D. degree in Physics from the Tyndall National Institute, UCC, in 2006. He was a postdoctoral researcher with two different groups in Tyndall, before becoming Photonics Research Coordinator at the Centre for Advanced Photonics & Process Analysis in CIT in May 2008. His background is in the theory and modelling of semiconductor quantum dots (QDs) for photonic applications, and he has made significant contributions to the understanding of electric polarisation effects and Coulomb interactions in nitride QDs, including the development of a useful surface integral method for the determination of polarisation potential. He has also developed a more general 8-band k.p bandstructure modelling programme for QDs.

As Photonics Research Coordinator, he is responsible for managing research projects and coordinating and writing grant proposals for the photonics researchers at CIT. He has been involved in the submission of over 70 proposals in the last 5 years, include 20 EU proposals, which have resulted in >€2.5M being awarded to the group.