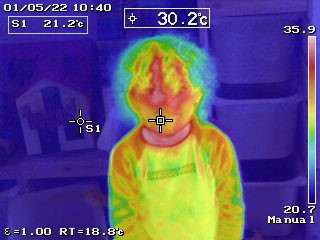 Our eyes also cannot detect IR radiation and for good reason. IR is strongly absorbed by atmospheric gases and struggles to penetrate through air, compared to visible radiation. The world around us would be very dark as all the IR light is blocked by just gas. The opposite of radio waves, we would see barriers all around us blocking light and we would not be able to tell the difference between air and a wall.

However, because of this strong interaction of IR with gases, this region of the electromagnetic spectrum is extremely powerful for detecting trace amounts of pollutants, such as ammonia and volatile organic compounds (VOCs), in the atmosphere. Just like our eyes evolved to select visible light for a purpose, at CAPPA, we select a certain region of the electromagnetic spectrum to serve your purpose of sensing.

Electromagnetic radiation is a form of wave, where shorter wavelengths have higher energy. Depending on the wavelength of the light and the structure or location of the molecule, light can be absorbed, and the molecule is energetically excited. This excitation is the crucial fingerprint, where light can excite a molecule to vibrate, rotate, translate or to move an electron. With sufficient energy, light can also remove an electron totally from the molecule or dissociate molecules. If light is polarized, we can also select the direction the molecule points. To form a visualization of this, exchange a gaseous methane molecule to a human. Methane molecules compromise four hydrogen atoms and a carbon atom, with the carbon located at the centre and the hydrogen atoms distributed around. In comparison, a human has four limbs (arms and legs) located around a centred torso. When visualising our control over methane with light, exchange the methane molecule with a human. By selecting a specific wave of light, we can control the human to move selected limbs in/out, arms or legs, (vibrational excitation) or rotate limbs/torso at different speeds (rotational excitation) or translate (translational excitation). With polarization, we can turn the human to look in a particular direction. Knowledge of the wavelengths of light, which produce these effects, which is exceptionally dependent on structure, is the fingerprint we use to identify the molecule.

Knowing the location of the fingerprint in the electromagnetic spectrum is important but we also need to know how to take advantage of this interaction with light. There are several ways to identify the existence of the interaction. In all cases, a suitable light source is needed. CAPPA has a large collection of light sources with complimentary benefits. Table 1 illustrates a full list of available light sources. 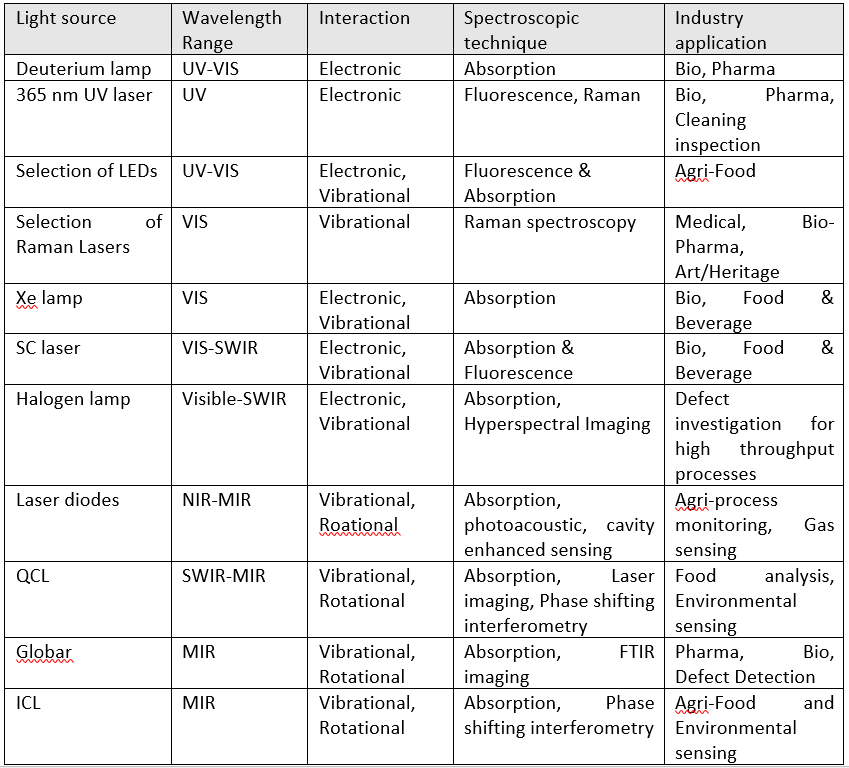 Table 1 A selection of light sources available at CAPPA, along with the wavelength range, dominant light interaction, spectroscopic technique and industry application of the sources.

The light sources illuminate the sample and if the target species is present, the absorption or scattering of light can be detected, both directly and indirectly.

In direct detection, the light intensity reflected or transmitted by the sample is measured, using detectors such as Photodiode, MCT, InSb, bolometers or photo-multiplier tubes. In some cases, the interaction of light may be weak, e.g. where concentrations are very low, making signal change difficult to detect. Several techniques are employed to increase the strength of interaction, such as phase shift interferometry (PSI) and cavity enhanced absorption (CEA) techniques. In PSI, the transmitted signal is mixed with another light signal to improve the contrast in the change of signal. In CEA, the sample is placed inside a cavity composed of highly reflective mirrors, where light can be trapped. Consequently, light trapped inside the cavity can travel through the sample up to hundreds of thousands of times, greatly increasing the interaction path length.

Direct absorption is the simplest technique, but not always the best. Sometimes, using indirect techniques can result in stronger signal, and importantly creates no signal when the sample is not present, in contrast to direct methods. Indirect methods involve measuring the relaxation processes occurring after light excitation. A molecule can relax in several procedures, including light emission and collisional. In fluorescence spectroscopy, light emitted by the sample after electronic excitation is a measure. Valuable information about the sample can be determined both by the timing of the emission and the wavelength of the emitted light. In photoacoustic spectroscopy, the excited molecule is cooled by collisions with neighbouring molecules, creating heating and consequently, sound waves. A microphone is used to measure the sound and the concentration of the sample can be calculated. In thermal imaging, IR light emitted directly by excited bodies is imaged. 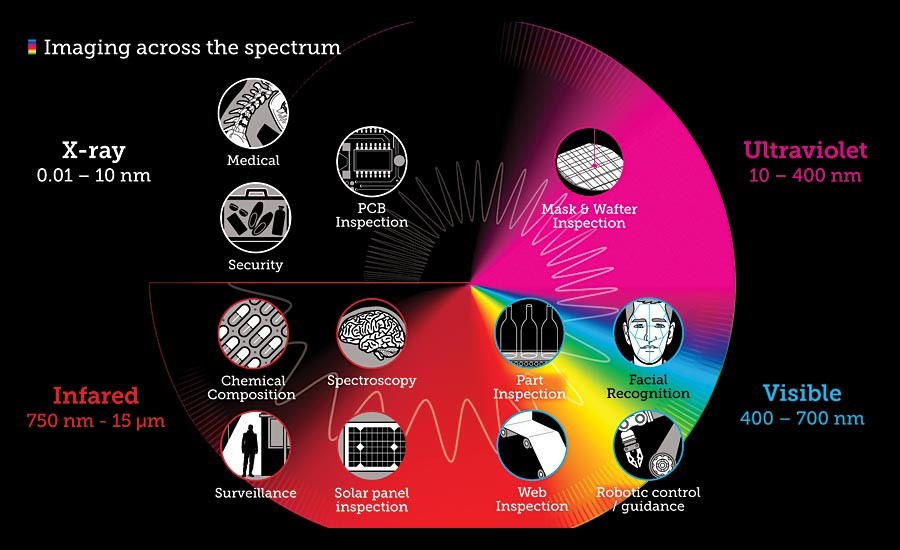 One such industry example is the Quantum Cascade Laser (QCL) light source. CAPPA has a QCL in the wavelength range short-wave infrared to medium wavelength infrared (SWIR – MIR). The output facet of the QCL is small enough that the light emitted can be imaged to a diffraction-limited spot, enabling the analysis of miniature targets, such as fibers or micro-defects, from long distances. The high power of the source also enables imaging of large areas, in both reflection and transmission modes, to study coatings, microplastics or protein distribution. The sharp linewidth, of approx. 3 MHz, allows application in trace, low concentration, gas sensing, using techniques such as wavelength modulation and photoacoustic spectroscopy. These valuable tools make the QCL applicable in a range of fields from agriculture, environment, energy, astronomy, electricity, pharmaceutical, biology and health.

CAPPA has a wide range of industry experience in a variety of wavelengths, techniques and sectors. CAPPA offers a number of avenues for companies to explore photonics solutions to their development needs, offering services such as research, product development, process improvement and consultancy. CAPPA has worked with a variety of companies in sectors ranging from medical, device, pharmaceutical, telecommunications, consumer electronics, medical diagnostics, analytical equipment, baby products, semiconductors, fragrance, food and beverage.

CAPPA have worked on a variety of projects including development of a swallowable capsule for detection of intestinal bleeding, FTIR and Raman analysis of cheese maturity for Four Star Pizza, UV irradiance, dose and flow characterisation of air sterilization appliance, UVC (254nm) irradiance and dose measurements on mobile room sterilizer, in-depth processing and analysis of heard data, and R&D for an advanced optical inspection system.

The electromagnetic spectrum is the most powerful diagnostic tool we have. Using light, we have found ways to do everything from determining the age of the universe, the concentration of sulphur hexafluoride in the atmosphere down to the parts-per-trillion level and the location of a broken bone in a body. Even so, presently there are more and more applications of light being found. Light is revolutionizing areas such as communication and energy. At CAPPA, we want to highlight the opportunities light creates to Irish enterprises.