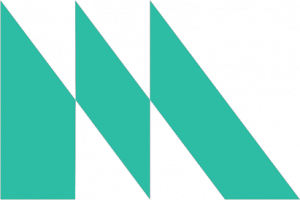 Micron Agritech is an Irish Start-up founded in 2019 by Sean Smith, Daniel Izquierdo, Tara McElligott and Jose Lopez while they were undergraduates at Technological University Dublin. They spun-out of the university with their revolutionary parasite testing technology. Initially, development of Micron Kit was funded with competition prize money that the team had won and with Competitive Start-up Funding from Enterprise Ireland. The founders went on to showcase their award-winning tech at Europe’s largest agricultural show, the Irish National Ploughing Championships in 2019. Since then, the Micron Agritech team has expanded to 9 people and they have raised a seed round of €500,000.

Pharmacological prevention is still an acceptable method used for dealing with parasites infestation in animals. Animals are routinely blind dosed and testing are rarely carried out, it is time consuming, as samples have to be sent to the labs and also potentially has adverse environmental and health effects. Micron Agritech set out to develop a prosumer grade testing kit that allows farmers or vets to rapidly detect parasitic infections in cattle. Samples are to be analysed via micro-fluidics-based imaging platform built to accommodate a standard smartphone. This will save time and reduces spending on medication.

How CAPPA Delivered Solution for Industry

CAPPA has been assisting the development a low cost, robust imaging system that can work in conjunction with a smartphone and image acquisition app. CAPPA has been instrumental in driving the R&D aspects of optics development and testing (on-site at CAPPA and Micron Agritech). Working with CAPPA has allowed Micron Agritech to stream line the research activities and has been essential for delivering the product to the market in scheduled time.